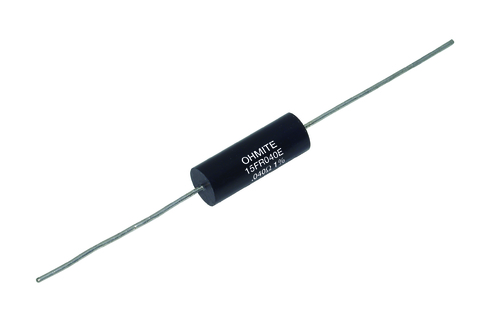 Ohmite’s 10 series current sense resistors are available in a standard two-terminal axial and a four-terminal Kelvin design. 1% tolerances are standard with a fixed measuring point. The element design is non-inductive below 0.25 ohms. 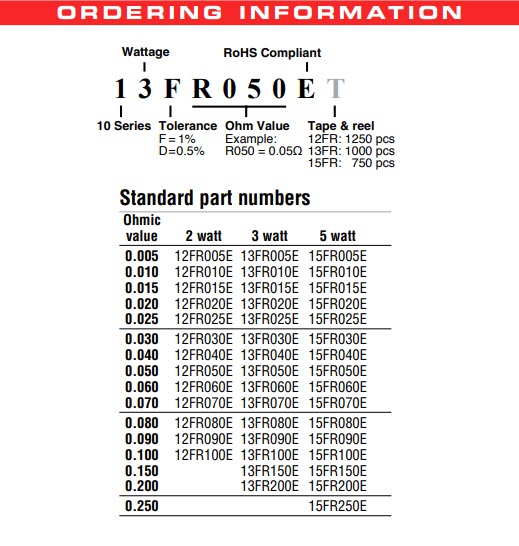 -14FPR size has been discontinued February 2021-

Ohmite’s Four-terminal Current-sense design is specifically designed for low-resistance applications requiring the highest accuracy and temperature stability. This four-terminal version of Ohmite’s 10 Series resistor is specially designed for use in a Kelvin configuration, in which a current is applied through two opposite terminals and sensing voltage is measured across the other two terminals.

The Kelvin configuration enables the resistance and temperature coefficient of the terminals to be effectively eliminated.  The four-terminal design also results in a lower temperature coefficient of resistance and lower self-heating drift with may be experienced on two-terminal resistors.  The requirement to connect to the terminals at precise test points is eliminated, allowing for tighter tolerancing on the end application.

View These Products In Our Catalog